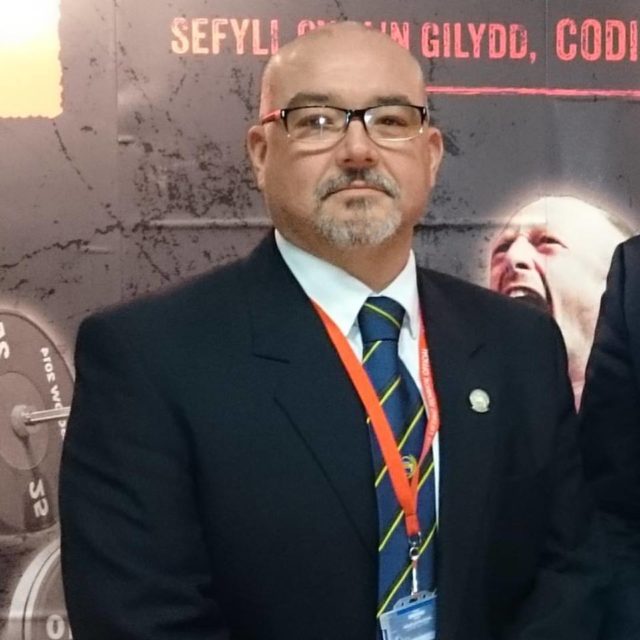 Darren is an IWF cat 1 Technical Official and Board Member. He is involved in the sport of Weightlifting, and particularly with Weightlifting Wales because of the community and the people involved in the sport. There are no short cuts to standing on the platform. It takes hours and hours of dedication and we all understand this. Friends you make while weightlifting will be close friends forever. They will be shoulders to cry on , peers to take advice from and the step up to help you succeed.

Darren is also a trustee of a charitable organization which supports smaller charities within West Wales. “As chairman for 4 years, I found this role challenging and completely different to anything I had done before, however I believe the skills I gained while in this position have prepared me for my time on the board of Weightlifting Wales.” 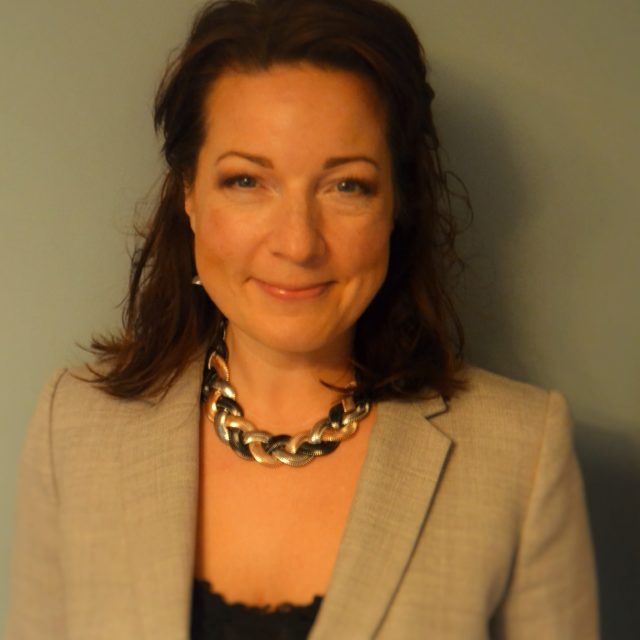 Wendy is the Group Operations Director at the Civil Service Sports Council (CSSC), a not-for-profit membership society that provides sports, leisure and wellbeing activities exclusively for 160,000 members across the Civil Service, Armed Forces and Public Sector.

She spent 19 years in the Civil Service, delivering major programmes for the Ministry of Defence, Department for Education and Department for Transport. She is a Fellow of the Association of Project Management, with significant experience in the estates and infrastructure field.

Wendy is also the non-executive Chair of CSSC Properties, overseeing a portfolio of 40 diverse properties which range from sailing waters to private rentals and everything in between! Outside of work, she is a Trustee for a Seafarers’ charity and is a keen Yogi and gardener.

Wendy firmly believes in the power of strength training to maintain both physical and mental health and is passionate about promoting the benefits of the sport. 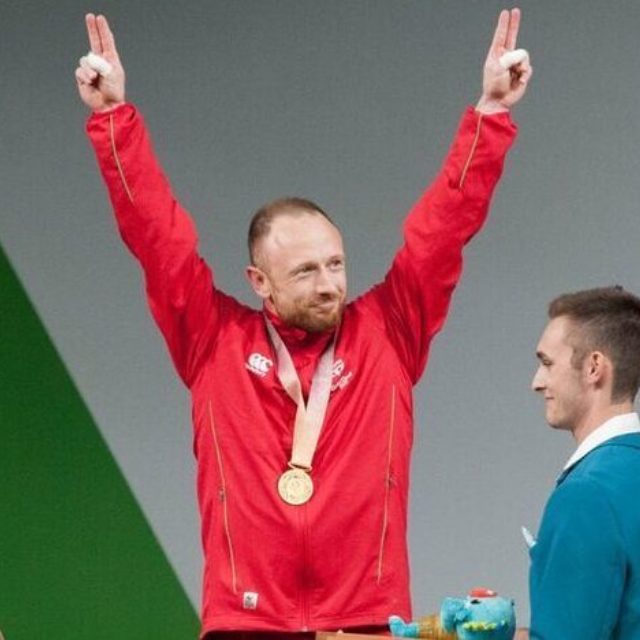 Gareth started Weightlifting back in 1998 aged 11 when WW the now Strategy and Development Manager Simon Roach, introduced him to the sport in a school PE lesson. Since then Gareth went on to represent Great Britain in 2000, and has continued to represent Wales and Great Britain on the international stage at Commonwealth, European and World levels.

During this time Gareth has picked up numerous Welsh and British titles and also records through all age groups and at a number of different weight categries.

In 2015 Gareth became the first British lifter in 30 years to Snatch double bodyweight, making him only the 3rd British male in history to ever do so!

"Being a part of the Welsh Weightlifting board means a lot to me, as a passionate athlete I can help and assist with decisions made by Welsh Weightlifting with the membership and athletes in mind. I am a direct route of communication between the athletes and the board." 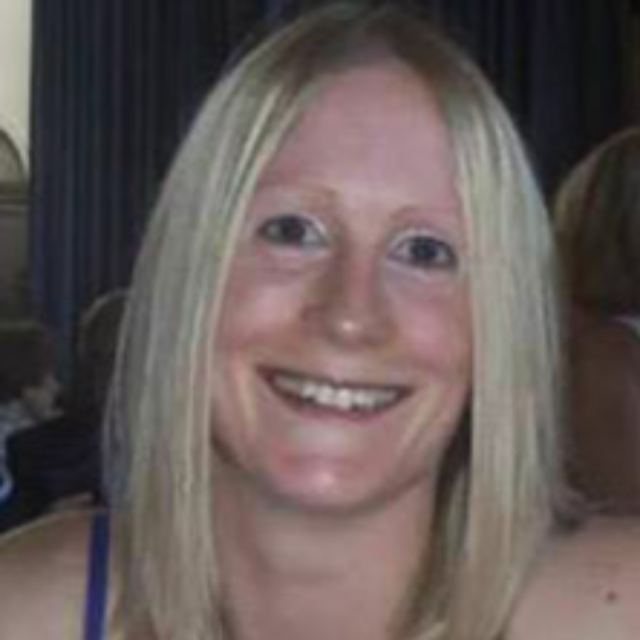 Vicky’s ‘day-job’ is as a Lecturer at Bangor University in Sports Science, where she has a teaching and research role within coaching science and talent development. This has more recently included a large-scale talent development project working with Weightlifting Wales to identify factors that contribute to expertise development in weightlifting. Vicky is also the Talent Identification and Transfer Lead for the Welsh Institute of Performance Sciences (WIPS); a partnership between Sport Wales, HE institutions and industry. Vicky has a passion for basketball and is a UKCC Level 4 Coach with experience working across the Basketball Wales National Team junior pathway programmes.

“So far I am really enjoying working with Weightlifting Wales in this Board role and look forward to supporting the sport in the lead-up to the Commonwealth Games!” 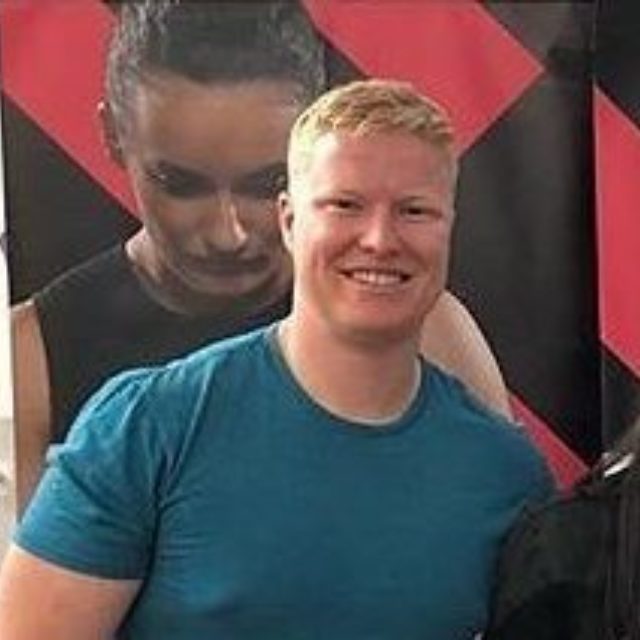 Ross has 10 years of experience in the fitness industry and has co-owned a Crossfit facility in South Wales for the past 8 years alongside his day job as an electrician. During those 8 years, Ross has coached athletes from over 20 different sporting backgrounds, many of who have gone on to claim medals for their respective sports. Ross specialises in coaching Olympic Weight Lifting and founded SA1 Olympic Weightlifting Academy, a top Olympic Weightlifting club in Wales. He has coached an abundance of novice lifters all the way up to Commonwealth athletes, and has also been on the Weightlifting Wales coaching team at several international competitions. 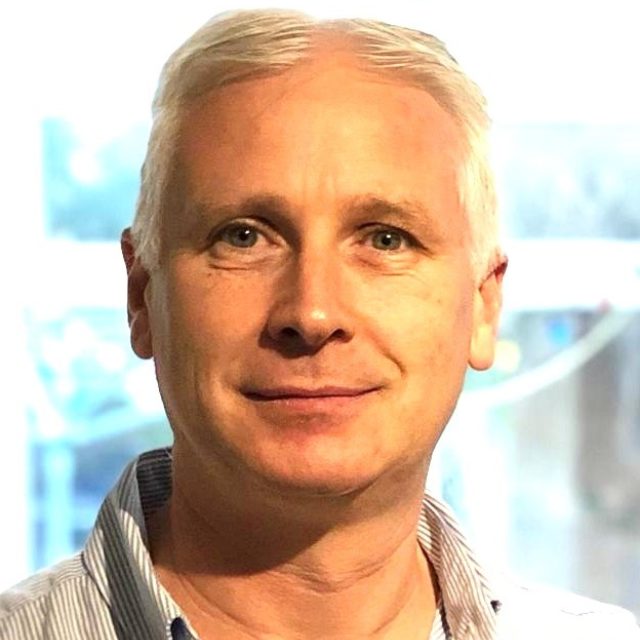 Julian has 30 years’ experience as a commercial leader both in sales and marketing. Julian is a Weightlifting Coach (Level 2) and a Technical Official (Level 2). Alongside this, Julian is also a Weightlifting Wales Academy ownerand is passionate about developing weightlifting for all from grass roots to elite levels.

Weightlifting Wales are looking for a passionate individual to join the board as a non-executive director. The ideal candidate will have some knowledge and background in Para Powerlifting and Disability Sport.

Please complete the form below and return to Hannah.powell@weightlifitng.wales by 4th January if you are interested in this role.

NB this is a voluntary role.